ReFrame offers a unique blend of intellectual rigour and practical theology by engaging a wide variety of teachers and practitioners. Each episode features world-class lectures by Regent College professors, real-world examples from practitioners, and insight from prominent Evangelical thought leaders. 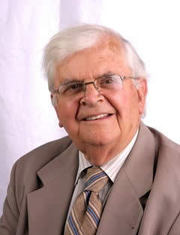 James Houston is a co-founder of Regent College and also its first principal, a position he held from 1970-1978. Prior to the founding of Regent he was University Lecturer at Oxford where he taught from 1947 to 1971, specializing in cultural and historical geography.

He is co-founder of the C.S. Lewis Institute in Washington, DC, and still acting as a Senior Fellow. He is a prolific author, editor, and Christian scholar, and is respected worldwide as a leader in educating and equipping laypersons. His major areas of interest include the Christian classics, historical theology, and the traditions of Christian spirituality. Some of his most recent research is on the role of the penitential psalms in the history of the church.

His recent books include The Mentored Life (NavPress, 2002), Joyful Exiles (InterVarsity Press, 2006), and two volumes of Letters of Faith through the Seasons (David C. Cook, 2006, 2007). He has also recently published The Psalms as Christian Worship: A Historical Commentary (Eerdmans, 2010) with Bruce Waltke, as well as A Vision for the Aging Church: Renewing Ministry for and by Seniors (IVP, 2011) with Dr. Michael Parker.